Spain surpassed others in Europe by avoiding politicized debate about Covid shots. Citizens also largely heeded the health guidance from their leaders. 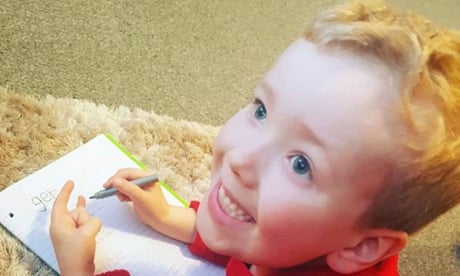 A woman and her partner have been convicted of abusing and killing his six-year-old son. Emma Tustin, 32, was unanimously convicted of murdering Arthur Labinjo-Hughes at Coventry crown court on Thursday.

Arthur’s father, Thomas Hughes, 29, was found guilty of manslaughter, after his son suffered an “unsurvivable brain injury” on 16 June 2020.

Trapped in Ikea: snowstorm in Denmark forces dozens to bed down in store 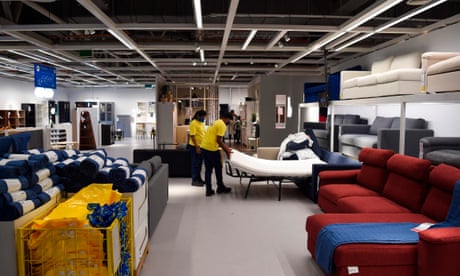 A showroom in northern Denmark turned into a vast bedroom after six customers and about two dozen employees were stranded by a snowstorm and forced to spend the night in the store.

Up to 30 centimeters (12 inches) of snow fell, trapping the customers and employees when the department store in Aalborg closed on Wednesday evening. 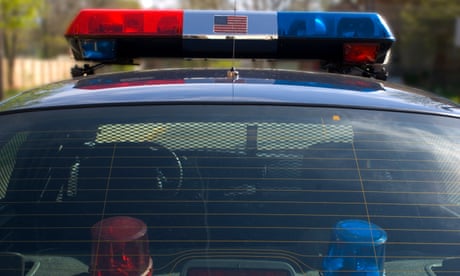 Richard Lee Richards, 61, was shot in the back multiple times after being accused of stealing a toolbox from Walmart

An Arizona police officer has been fired amid outrage over the killing of a suspected shoplifter who was in a motorized wheelchair and moving slowly away from officers when he was shot in the back multiple times. 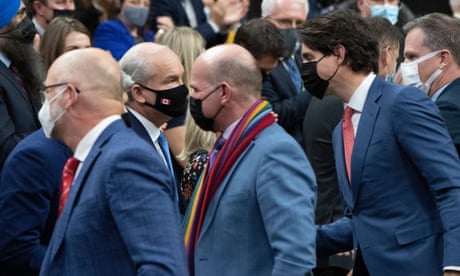 Canadian lawmakers have passed a motion banning the discredited practice of “conversion therapy”, in a rare show of unanimity in the country’s parliament.

A surprise motion on Wednesday by the opposition Conservatives to fast-track the legislation prompted applause in the House of Commons. A handful of Liberal cabinet ministers hugged their Conservative colleagues after the vote.

In Australia’s wet weather ‘tis the season for spiders, mozzies, mice and mould 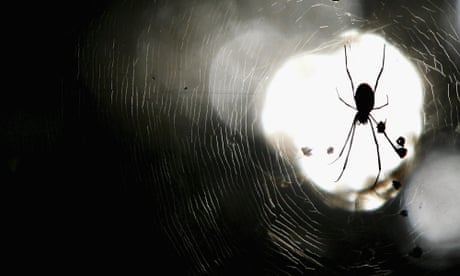 A surge in mosquitoes, spiders, termites, rodents – and mould – has hit eastern Australia, in what appears to be a fitting end to 2021.

The wet weather caused by the latest La Niña event has helped flush out creatures that may typically burrow or live underground into the open and inside people’s homes.

Shape-shifting virus moulds our economy – and for the long-term 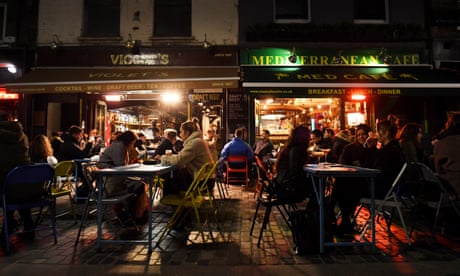 Christmas parties are being cancelled. Restaurants are reporting an increase in the number of diners’ no-shows. The first tentative signs of the impact of the Omicron variant on the economy are starting to emerge.

True, the relatively modest drop in the number of diners in the week up to 29 November might have had as much to do with the storm Arwen as to consumers taking fright at the possibility of a new wave of the pandemic.

The commercial, for the supermarket chain Tesco, depicted Santa Claus being cleared to travel.

As more employees are expected back to the office after nearly two years of remote work, many need to replenish those closets. Here's how to do it on a budget.

While the pickup has topped U.S. sales for decades, retaining the titles this year was particularly notable given an ongoing shortage of semiconductor chips.

Members of the World Trade Organization agree to cut red tape to boost trade in services.

UK Covid live: No 10 refuses to back minister’s suggestion that big Christmas parties might be unwise 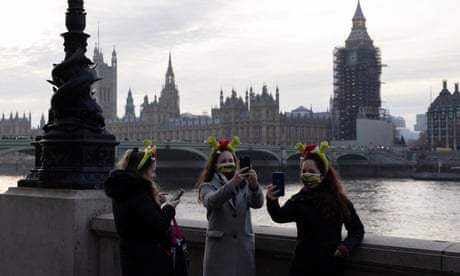 Latest updates: prime minister’s spokesperson refuses to endorse suggestion from science minister that firms should not have big Christmas parties

Jeremy Corbyn posted a tweet this morning promoting a virtual Stop the War fundraiser this Christmas, not an in-person one. So my earlier post (now removed) about this being an example of a party going ahead that might not meet with George Freeman’s approval was completely wrong. I apologise for the mistake.

The Cabinet Office has been fined £500,000 for accidentally disclosing the postal addresses of the 2020 new year honours list recipients online, in breach of data protection laws.

On 27 December 2019 the Cabinet Office published a file on GOV.UK containing the names and unredacted addresses of more than 1,000 people announced in the new year honours list. People from a wide range of professions across the UK were affected, including individuals with a high public profile.

After becoming aware of the data breach, the Cabinet Office removed the weblink to the file. However, the file was still cached and accessible online to people who had the exact webpage address.

When data breaches happen, they have real-life consequences. In this case, more than 1,000 people were affected. At a time when they should have been celebrating and enjoying the announcement of their honour, they were faced with the distress of their personal details being exposed.

The Cabinet Office’s complacency and failure to mitigate the risk of a data breach meant that hundreds of people were potentially exposed to the risk of identity fraud and threats to their personal safety.

These are the stocks posting the largest moves before the bell. 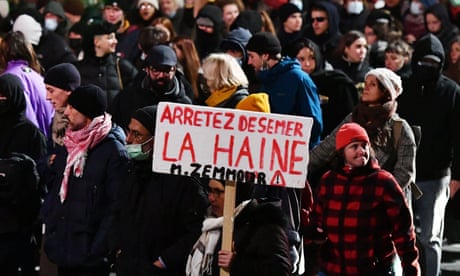 The youth movement around Éric Zemmour, though small, is an indication that this deeply political generation can also be nihilistic

In early 2019 I was teaching French sixth formers on an Erasmus placement when we got into a discussion about immigration. Some girls spoke admiringly of women on the centre-right, some boys were liberal left, though suspicious of the excesses of internet social justice politics, while others might be dismissed as “woke”.

They all rolled their eyes when I asked them what they thought of Éric Zemmour, the smirking far-right polemicist running for president. My students thought he was racist and wrote him off as a crank. They hated Marine Le Pen of the far-right Rassemblement National (National Rally) but took her seriously. You had to accept that she was part of the political furniture, but this guy was beyond the pale. He had, after all, been convicted of hate speech.

Oliver Haynes, a student from City of London University, was highly commended in the Guardian Foundation’s Hugo Young award for political opinion writing 2021, for this piece 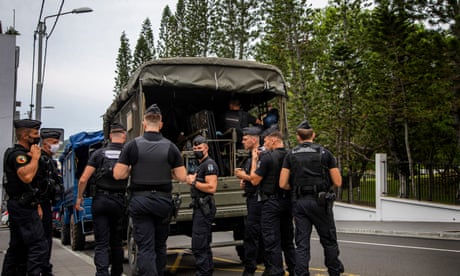 With the growing possibility of a pro-independence victory, France is derailing decolonisation in a bid to shore up its position in the Indo-Pacific

The French government’s decision to hold New Caledonia’s self-determination referendum on 12 December, despite the resolve of pro-independence parties not to participate, is a reckless political gambit with potentially dire consequences.

The referendum will be the third and final consultation held under the 1998 Noumea accord – successor to the Matignon accords which ended instability and violence between the Kanak independence movement and local “loyalists” and the French state in 1988. By organising this month’s referendum without the participation of the Indigenous Kanak people, who overwhelmingly support independence, France is undermining the innovative and peaceful decolonisation process of the last 30 years, founded on French state neutrality and seeking consensus between opposing local political parties. 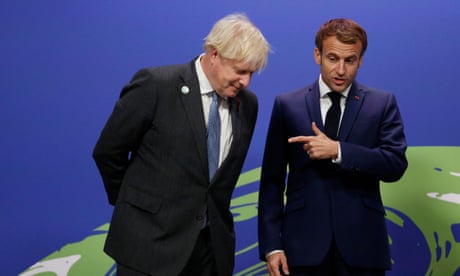 The French president, Emmanuel Macron, referred to Boris Johnson in a private conversation as a “clown”, according to reports in France.

The political magazine Le Canard enchaîné, often described as the French equivalent of Private Eye, reported Macron as saying the British prime minister has “the attitude of a vulgarian”.

Rapper Tyrone has worked with young artists to support new talent and put Southampton on the map.

'Single All the Way' is a necessary queer fantasy 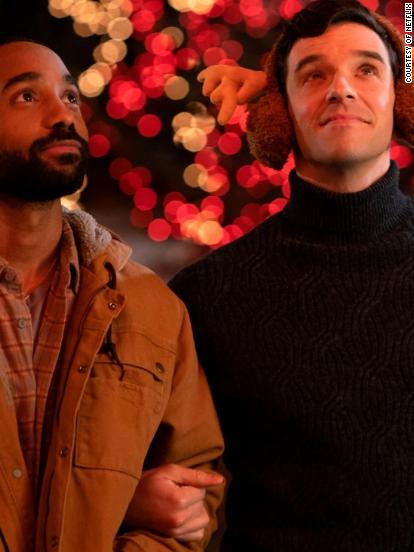 A version of this story appeared in CNN's Race Deconstructed newsletter. To get it in your inbox every week, sign up for free here. 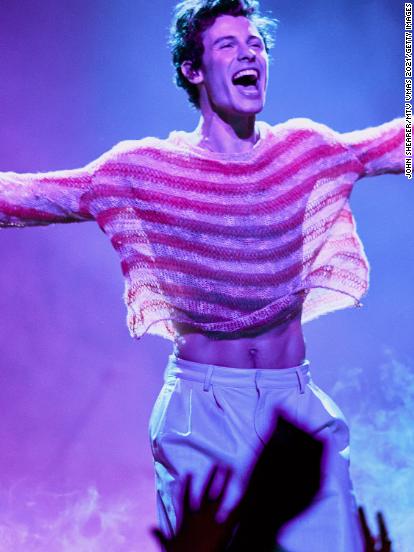 Shawn Mendes has released a new song called "It'll Be Okay" in the wake of his breakup with Camila Cabello. 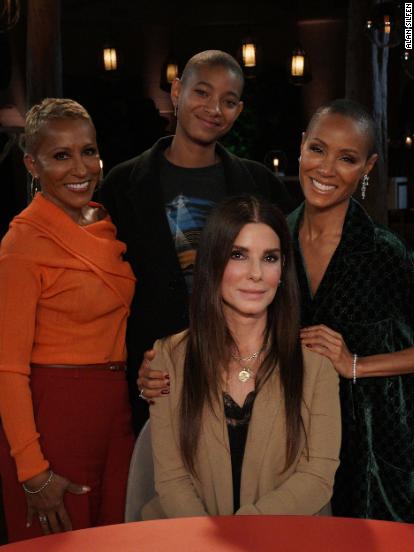 Sandra Bullock is pretty private and protective when it comes to her children, but she opened up on the new episode of "Red Table Talk." 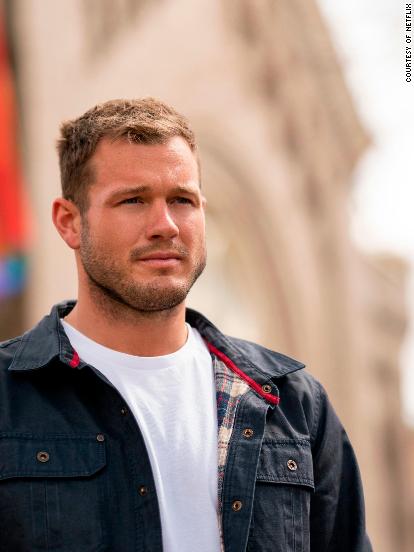 Much like Caitlyn Jenner's coming-out education in "I Am Cait," "The Bachelor" alum Colton Underwood approaches the process of telling the world who he is almost like an anthropologist in the six-part Netflix docuseries "Coming Out Colton." It's a carefully constructed showcase for someone who, like Jenner and her extended family, appears accustomed to life under the camera's watchful eye.

The Duchess of Sussex took action after the paper carried extracts of a letter to her father.

The Brooklyn Museum shows how Catholicism seeped into his art, complicating our view of the Pop master.

The philosopher-artist reveled in nature and in exploring her inner life. The phosphorescence of her work has not dimmed.

Mothers of Reinvention: The Lab Pivots as Studios Close 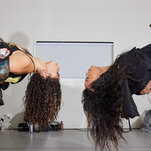 In a strategic feat of survival, the Lab, a Los Angeles dance studio stalwart, has transformed itself into a creative agency and “lifestyle brand.”

Can I Confront My Dad About His Possibly Secret Relationship? 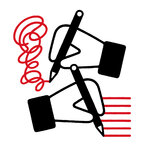 A reader asks for advice on talking to her father about his new romantic life.

The U.S., U.K., and other nations have revived travel restrictions just as demand was recovering. 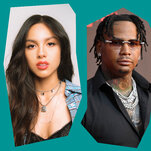 Less isolation didn’t mean a return to normalcy. Albums with big feelings and room for catharsis made the most powerful connections.

Curious about your favorite team’s playoff positioning, or who’s looking like a good bet for a high seed? 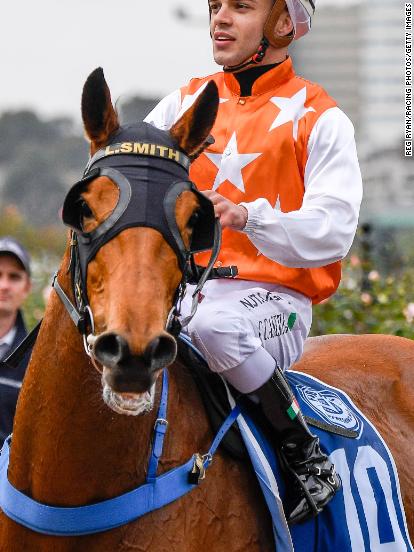 Australian jockey Chris Caserta is presumed dead after being caught in a rip current during a late-night swim, Queensland Police said on Thursday.

F1: How Red Bull caught up with the Mercedes 'juggernaut' 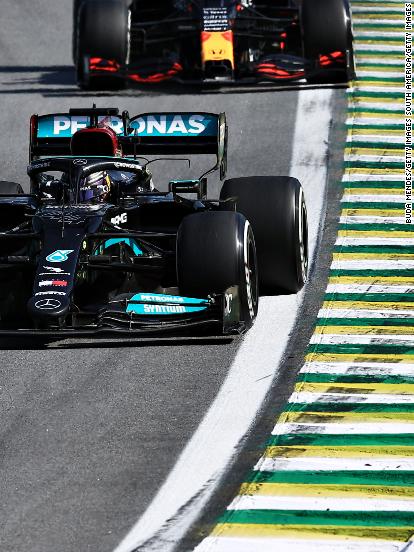 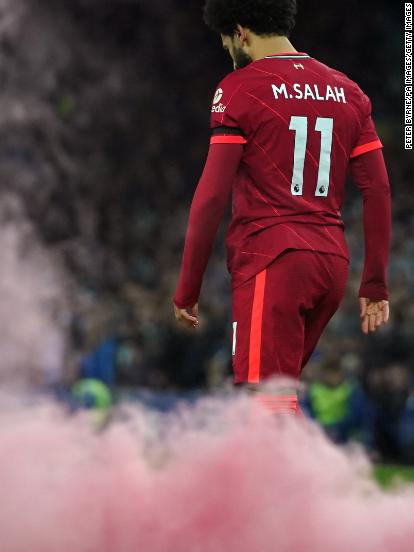 If Mohamed Salah and Karim Benzema felt wronged by their Ballon d'Or rankings, then the pair began their revenge arcs in the most emphatic way possible on Wednesday.

Peng Shuai 'reconfirms' she is safe and well in second call with IOC, says Olympic organization 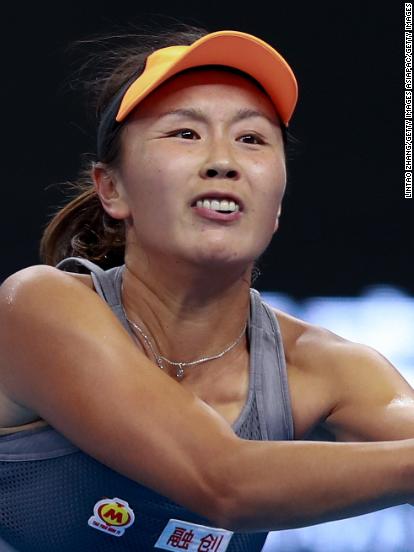 The International Olympic Committee (IOC) held a second call with Peng Shuai on Wednesday and said that the Chinese tennis star "reconfirmed" that she was safe and well given the "difficult situation" she is in, the sporting organization said on Thursday.

Ministers are told they must agree tougher policies to get the UK on track to meet goals set at COP26.

The empty brown fields of winter countryside could be transformed under new land subsidy rules for England. 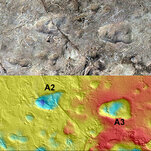 New research published in the journal Nature suggests that the prints, discovered in Tanzania in 1976, were left by an unidentified hominin, or early human ancestor, more than 3.6 million years ago.

2021 hurricane season was third most active

The 2021 Atlantic hurricane season has now officially ended, and it's been the third most active on record.

While ankylosaurs are already known for their armor and club tails, this specimen from South America had a unique way of fighting predators.

SoftBank-backed ride-hailing giant Grab began trading on the Nasdaq on Thursday, becoming the largest-ever company to close a SPAC merger and go public.

Apple previously warned supply constraints will cause it to miss at least $6 billion in revenue for the holiday quarter.

The company said it was aware of an issue affecting TV services.

Days after Jack Dorsey resigned as chief executive of Twitter, his other company is changing its name.

The Snapdragon G3x chip will debut in a portable device made by Razer that resembles a Nintendo Switch that can play Android games.