"There could be another shoe to drop" over the next five weeks, according to Federated Hermes' Phil Orlando.

Mastercard is jumping into the competitive installment loan space by allowing banks and start-ups to ramp up their own "buy now, pay later" offers.

On Monday, a rise in Treasury yields left the major averages mixed.

Essential poll: majority of Australians back Aukus submarine pact, but fear it will inflame... 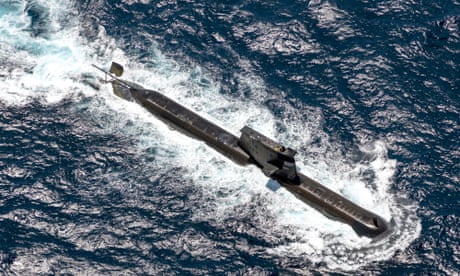 A majority of Australians back Scott Morrison’s moves to build strong ties with the United States and Britain to buttress Australia’s national defence, but respondents in the latest Guardian Essential poll also worry the new Aukus partnership will strain relations with China and Europe.

The survey of 1,094 respondents shows 62% believed Australia was correct to pursue the nuclear submarine deal with the US and the UK, while 54% agreed with the statement: “The Aukus partnership is in Australia’s best security and economic interests.”

Famed investor Michael Burry revealed that he received a subpoena from the SEC in connection with its investigation into GameStop. 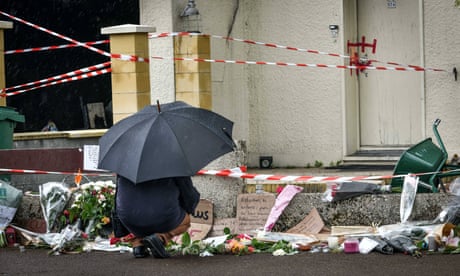 French police officers are facing disciplinary action over the death of a woman who was shot and burned alive in the street by her estranged husband, weeks after she told police she feared for her life.

Mounir Boutaa allegedly shot his wife, Chahinez, at least twice in the legs yards from her home on the outskirts of Bordeaux in broad daylight in May, before soaking her with petrol and setting light to her as she lay injured on the ground. 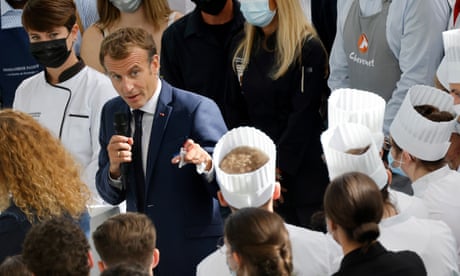 The French have long made a meal over what they eat, even if the culinary ritual that starts with an aperitif, proceeds through at least four courses with bread and wine and finishes with a digestif is rarely an everyday event.

Now, having persuaded the United Nations to add the country’s renowned gastronomy to the grandly named “intangible cultural heritage of humanity”, Emmanuel Macron has said he is creating a “centre of excellence” to promote France’s culinary traditions.

The stocks making the biggest moves in premarket trading include Alphabet, Tesla, Gores Guggenheim, and more.

Wall Street is coming off a volatile week amid a slew of concerns from Evergrande's debt crisis to Beijing's crackdown on cryptocurrencies.

Four ‘contrarian’ trades that could withstand the market's wild swings

Wilmington Trust's Meghan Shue believes she has a winning strategy to beat out the market's wild swings. 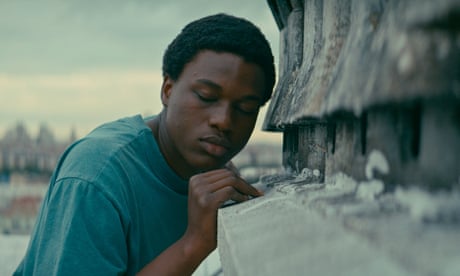 This terrific first feature from Fanny Liatard combines psychogeography with fantasy to create something rather unusual and lovely. For teenager Youri (Alseni Bathily), his home and community in the vast Cité Gagarine housing complex on the outskirts of Paris is his support network and de facto family. Along with his best friend, he battles to save the buildings from demolition.

But even as the other residents pack up and leave, Youri can’t bring himself to go – he’s connected to the place, not least in also being named after the cosmonaut Yuri Gagarin. Liatard finds a melancholy beauty in the crumbling concrete and empty windows – the real Cité Gagarine was used as a location, shortly before it was pulled down last year – making a case that it’s not just our memories that connect us to a place, it’s our hopes and future dreams too.

Gagarine is in cinemas and online at Curzon Home Cinema

There are few indicators that withdrawing federal unemployment benefits has caused a rush back to the job market, according to labor economists.

New documents revealed in a lawsuit show internal conversations between executives during the height of the GameStop short squeeze. 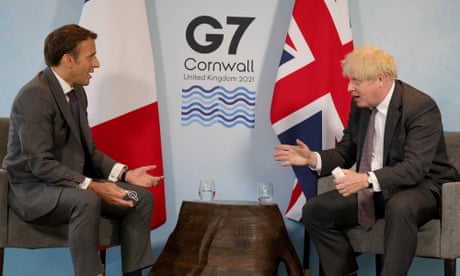 Boris Johnson has told Emmanuel Macron he wants to “re-establish cooperation” in the wake of the Aukus defence pact row, during a frosty-sounding call between the leaders of Britain and France.

A description of the conversation from Macron’s office said the prime minister sought the call on Friday, and expressed the hope that the countries could resume cooperation “in line with our values and our common interests”. 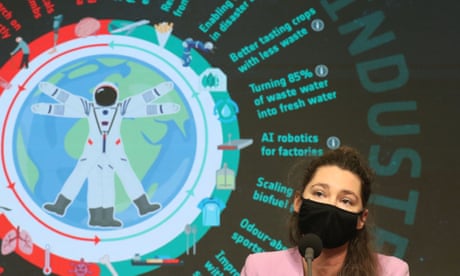 It may sound like a prolonged spa break, but when 20 women tuck themselves into a waterbed in the south of France for five days this week, it will be under the guise of a scientific study into the impact of space flight on the female body.

The experiment, by the European Space Agency, will simulate the impact of microgravity on the musculoskeletal system, immune and cardiovascular health and hormone levels. With an increasing number of female astronauts participating in long-duration missions the immersion study is aimed at addressing a gender gap where the vast majority of space medicine research has been carried out on men. 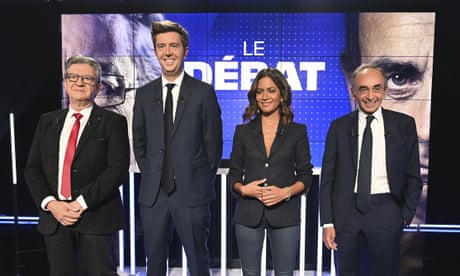 Bitcoin and ethereum sink as China intensifies crackdown on cryptocurrencies

Bitcoin and ethereum tumbled into the red on Friday, with traders rattled by tough talk out of China. 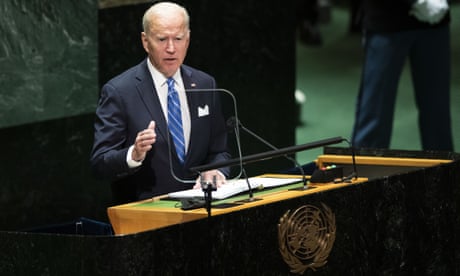 This week, Joe Biden spoke to the UN General Assembly for the first time as president. After watching him oversee a disastrous exit from Afghanistan and sign up to a controversial nuclear submarine deal with the UK and Australia, Jonathan Freedland and Dr Leslie Vinjamuri discuss how the world views Biden 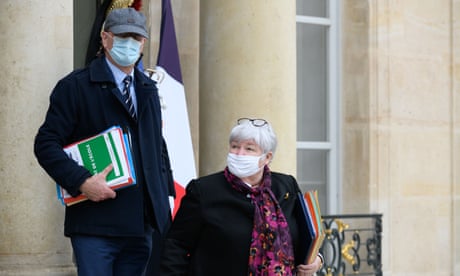 Traces of Pegasus spyware were found on the mobile phones of at least five current French cabinet ministers, the investigative website Mediapart has reported, citing multiple anonymous sources and a confidential intelligence dossier.

The allegation comes two months after the Pegasus Project, a media consortium that included the Guardian, revealed that the phone numbers of top French officials, including French president Emmanuel Macron and most of his 20-strong cabinet, appeared in a leaked database at the heart of the investigative project. 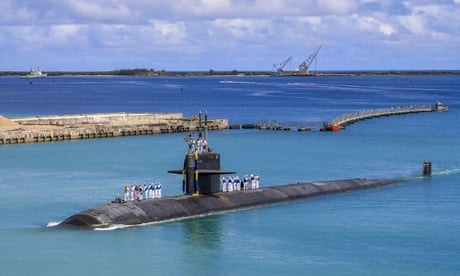 Australia has signed up to an empty promise by agreeing to a US nuclear powered submarine deal for which there is no clear delivery date or technology transfer agreement, the furious head of the French defence contractor Naval Group has warned.

Pierre Eric Pommellet also said his firm will be seeking compensation for Australia’s cancellation of a €56bn (£48bn) contract for 12 new Attack-class submarines, which he described as a purely political decision which came without warning.

Diplomacy and defence in the wake of Aukus – with Lenore Taylor 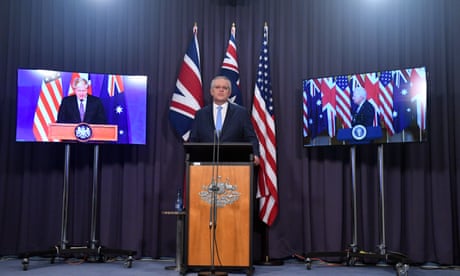 Last week, Australia entered into a new defence pact with the United States and the United Kingdom. The pact, dubbed Aukus, will see Australia acquire nuclear-powered submarines from the US and the UK, effectively ending a $90bn contract Australia had previously signed with France. Lenore Taylor and Mike Ticher speak to Gabrielle Jackson about the immediate fallout from Australia’s new partnership and the ramifications of the Aukus alliance 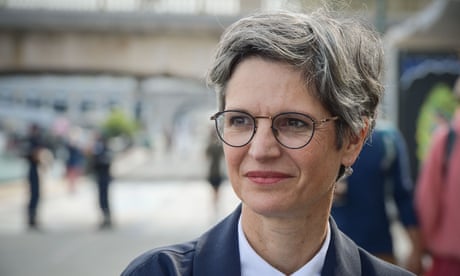 Her radical “punk ecology” has won support among activists on the left and been attacked by the far right as dangerous to the French nation. But Sandrine Rousseau, a figurehead of the #MeToo movement against sexual violence and a self-described “eco-feminist,” has shocked the political class by reaching the final round of the Greens’ primary race to choose a presidential candidate.

Now, with a chance of running for president , Rousseau is warning France risks a descent into hatred and racism unless equality and the environment take priority in April’s election race.

Tell us: how will you be affected by France’s new vaccine passport rules? 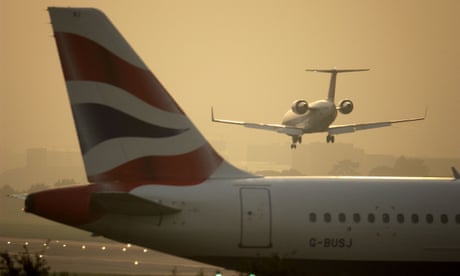 From 30 September, people aged 12-17 visiting France from the UK must present a vaccine passport to access most public places in the country

From 30 September, people aged 12-17 visiting France from the UK must present a “passe sanitaire” (vaccine passport) to access most public places in the country. Previously, this was only required for people aged 18 years and older.

The UK’s Joint Committee on Vaccination and Immunisation (JCVI) does not recommend that most 12 to 15-year-olds get vaccinated and, for the time being, is only backing offering a first dose to 16 and 17-year-olds. This may pose practical problems for many UK-based parents, whose only option would seem to be paying for PCR tests. 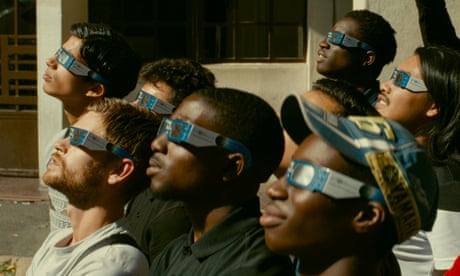 We are used to seeing Paris’s tough banlieues filmed with a kind of blistering verité. Think of La Haine and Ladj Ly’s recent Les Misérables – angry films about the pressure cooker caused by poverty, police racism, underfunding and official neglect. Now with their mesmerising debut, Fanny Liatard and Jérémy Trouilh bring something different to the suburbs. The pair filmed this poetic movie, with its streak of magical realism, in Cité Gagarine, a redbrick housing estate on the outskirts of Paris, just before it was demolished in 2019. Built in 1961, it was named after Yuri Gagarin, the first man in space. Which might explain why this is a movie looking up at the stars.

It opens with actual footage of Gagarin visiting in the early 60s, mobbed by a cheering crowd, showered in a confetti of rose petals. The residents beam with optimism; the estate gleams. Fast forward 50 or so years, and the place is beyond repair, with cracks in the walls, asbestos, rat infestation, and dealers in the corridors. But Gagarine is the only home that Youri (Alséni Bathily) has known; he’s a bright, space-obsessed 16-year-old with a gorgeously shy smile. And like many kids on the estate, he’s from an immigrant family. These days it’s just him and his mum, who is mostly off with her new boyfriend; but Youri is surrounded by neighbours who keep an eye on him. The film is very good at showing the community of the Gagarine without downplaying its problems. “We’re angry, but we’re happy here,” says one man to the council. 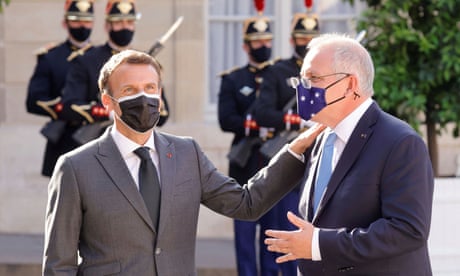 French president Emmanuel Macron has not yet taken a call from Scott Morrison amid continuing fury in Paris over the torn up submarine deal.

Morrison, the Australian prime minister, said he hoped to speak with Macron “when the time is right and when the opportunity presents” but he understood “the hurt and the disappointment” felt by France over the cancellation of the $90bn arrangement.

Wednesday's forecast showed nine of the eighteen FOMC members expect a rate hike in 2022. That's up from seven in June's Fed projections.

The Guardian view on Europe after Merkel: problems managed, not solved | Editorial 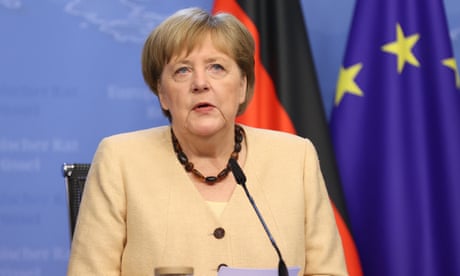 The German chancellor has been an anchor of stability in turbulent times. Her departure raises big questions about the future

When Angela Merkel’s successor is identified in elections this Sunday, that person will be the first new holder of Europe’s most powerful elected office for 16 years. The mere change of leadership will be a shock for the whole continent. Germany is the EU’s foremost economic power (although France sees itself as a political equal).

That strength has generally been wielded with deference to the wider European interest. Or rather, the two interests have been conflated. A culture of atonement for the past has made Germany especially committed to the EU’s founding mission – peace and prosperity by means of cross-border integration. For the continent’s smaller members, that has sometimes felt like integration on terms dictated by Berlin, especially when it comes to budget austerity. European solidarity is the key to German foreign policy, but aversion to public debt is its sacred economic creed. That has made for uncomfortable diplomacy within the eurozone.

Why the White House and Democrats use $400,000 as the threshold for taxing 'the rich'

President Joe Biden and House Democrats aim to raise taxes on Americans with more than $400,000 of income. But what's the significance of that threshold?