What we know about the Beirut explosion – video explainer 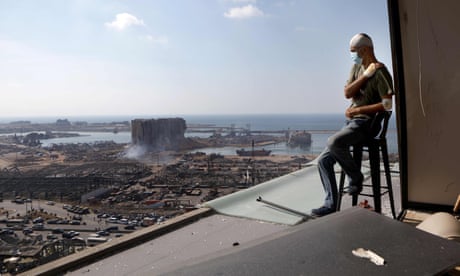 On Tuesday evening, a massive explosion ripped across Beirut, killing at least 150 people and injuring thousands more. The scale of the damage was immense, with buildings miles from the port lying in ruin.

The Guardian's international correspondent Michael Safi looks at the cause of the blast and the impact it has had on Lebanon, a country already on the brink of financial collapse 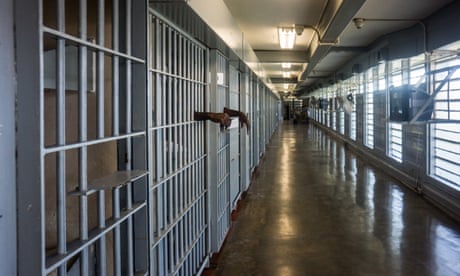 Fair Wayne Bryant was sentenced to life in prison in 1997 for attempted simple burglary, and justices rejected his recent appeal

A black man in Louisiana will continue to serve a life sentence in prison for trying to steal hedge clippers after the state supreme court denied a request to review his sentence.

Fair Wayne Bryant was convicted in 1997 of attempted simple burglary. 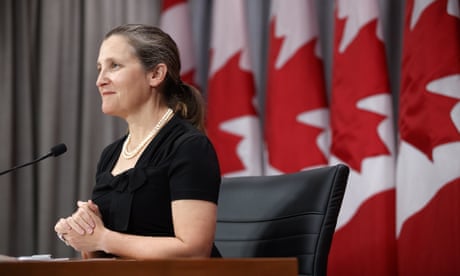 Canada to impose C$3.6bn in tariffs as Chrystia Freeland says: ‘Any American who buys a can of beer … will suffer’

Canada has announced that it will retaliate dollar for dollar – to the tune of C$3.6bn – after the US announced a 10% tariff on Canadian aluminum.

Donald Trump announced the new aluminum tariffs on Thursday at a campaign stop at a Whirlpool appliance plant in Ohio, accusing Canada of taking advantage of its trade relationship with the US.

Scowcroft remains the only statesman to serve as National Security Adviser under two presidents.

An Air India Express flight carrying more than 180 passengers skidded off a wet runway and split in half. Dozens of injuries were reported.

This is what an ICU in Beirut was like after blast 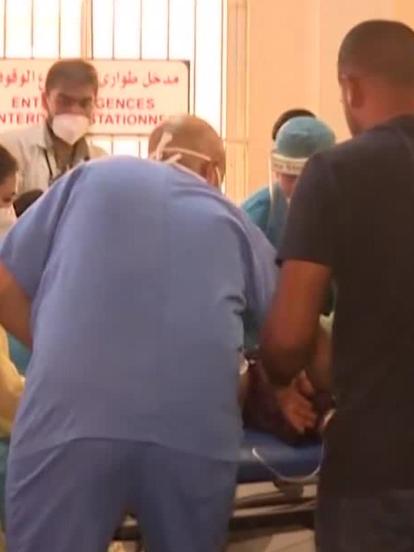 CNN's Ben Wedeman reports on what conditions were like inside an ICU in a hospital in Beirut, Lebanon, after an explosion in the Lebanese capital killed hundreds and injured thousands of people. 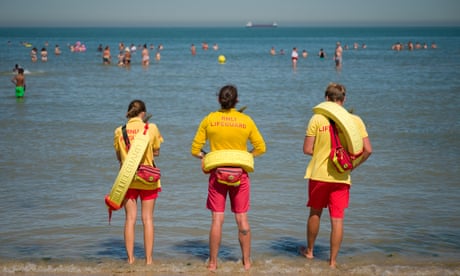 Police say at least 14 people are dead and 123 injured after Air India Express plane skids off...

China sentences another Canadian to death on drugs charges

As relations between the countries remain fraught, the man has been accused of producing ecstasy. 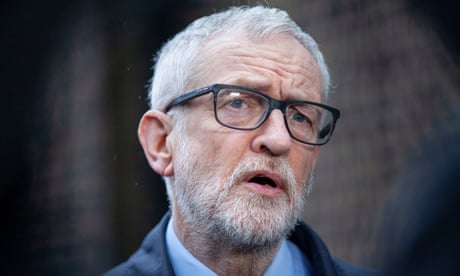 Exclusive: Former leader and allies say alleged diversion of funds in 2017 could be fraud

Jeremy Corbyn and his former leadership team have openly accused disgruntled Labour officials of potentially costing the party the chance of victory by sabotaging the 2017 election campaign in a factional dispute.

In a joint statement that shines a light on the scale of continued Labour splits, Corbyn, the former shadow chancellor John McDonnell and seven other former shadow ministers and aides have for the first time formally endorsed claims made in a party report leaked in April. 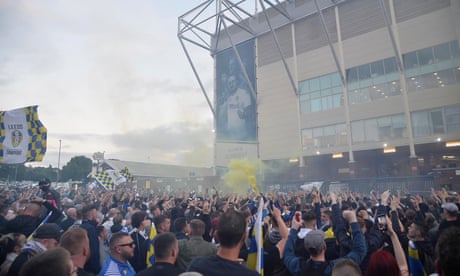 A criminal investigation has been launched after a police officer was filmed apparently kneeling on a teenager’s neck during his arrest as Leeds United fans celebrated their club’s promotion to the Premier League.

Investigators from the police watchdog will interview the West Yorkshire officer on suspicion of common assault and he will be investigated for gross misconduct.

Simon Fuller has teamed up with the video sharing app to find the next big pop group. 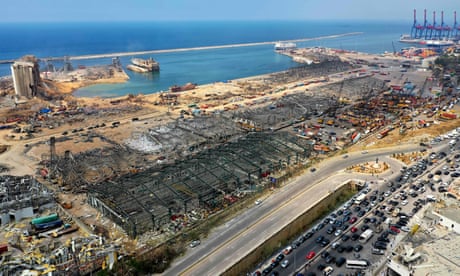 Dozens of bags of fireworks were stored in the same hangar as thousands of tonnes of ammonium nitrate at Beirut’s port and may have been a decisive factor in igniting the explosive chemical compound that fuelled Tuesday’s huge explosion, a former port worker and other sources have told the Guardian.

As angry Lebanese plan a major protest in central Beirut on Saturday, scrutiny has focused on how 2,750 tonnes of the dangerous material could have been stored so close to residential neighbourhoods for years – despite repeated warnings of the risk it posed.

Pompeo Warned Russia Against Bounties on U.S. Troops in Afghanistan

Secretary of State Mike Pompeo is said to have sternly discussed payouts and red lines in a telephone call with Sergey V. Lavrov, Russia’s foreign minister.

The warning came as President Michel Aoun said the investigation into the deadly explosion in Beirut would examine if “external interference” played a role, but he offered no evidence that it had.

Utah BLM protesters could get life in prison for splashing paint 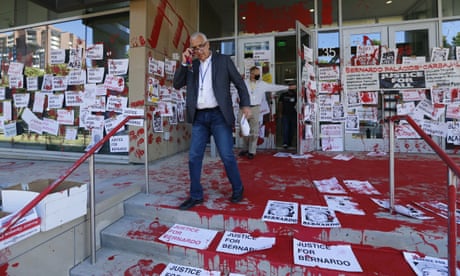 Some Black Lives Matter protesters in Salt Lake City could face up to life in prison if they are convicted of splashing red paint and smashing windows during a protest.

The potential punishment stands out among demonstrators arrested around the country and critics say it does not fit the alleged crime.

An Air India plane carrying 191 passengers crashed in the southern city of Calicut on Friday and several passengers were injured, an airline spokesman and television channels said.

Plane skids off runway in India, some injuries reported

Indian news reports say an Air India Express flight with 191 passengers on board has skidded off a runway while landing in heavy rain in southern India, and some injured people were hospitalized

Iran’s foreign ministry has expressed indifference to the change in the Trump administration’s top envoy for Iran, alleging that the new U.S. official in the post would be no different from his predecessor

The book will feature 43 oil paintings of American immigrants and essays by the 43rd US President.

A former top Saudi counterterrorism official has filed a federal lawsuit in the United States against Saudi Crown Prince Mohammed bin Salman, alleging the royal tried to find, trap and kill him on U.S. and Canadian soil

The plane had been returning from Dubai when it skidded off a rain-soaked airport runway in the state of Kerala in southern India. Images from Indian media showed the fuselage had split.

For months, the strictest measures confronting the COVID-19 pandemic in Latin America seemed to keep infections in check in El Salvador, but a gradual reopening combined with a political stalemate has seen infections increase nearly fourfold 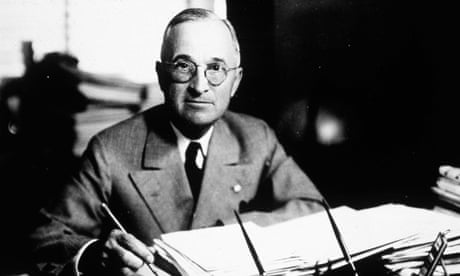 Daniel Snowman interviewed the former US president in 1963 and reveals what he was told. Frank Jackson thinks the bombing of Nagasaki was even more of a war crime

Clifton Daniel is right about his grandfather’s bombing of Hiroshima (‘He felt he had to do it’, 4 August). “That was no decision!” Harry S Truman told me when I interviewed him in July 1963 in the presidential library in Independence, Missouri. I was a postgraduate student and had come to ask him about Hiroshima, the case study at the centre of my recently completed thesis on presidential decision-making. At a stroke, the very core of my research was undercut by the amiable old man.

Truman, who had only become president a few weeks before Hiroshima upon the sudden death of Franklin D Roosevelt, told me how FDR’s advisers, notably the venerable secretary of war, Henry L Stimson, persuaded him that dropping the atomic bomb on people was the one initiative that might bring the war in the Pacific to a rapid end, without the need for a protracted invasion of the Japanese islands at the cost of a million more lives. When I asked Truman about the dangers of nuclear radiation, or whether the bomb was really used to impress or scare the Soviets, all this was dismissed as the dreamings of people who weren’t present at the time and were speculating about matters they weren’t competent to judge. “All the atomic bomb was,” said Truman, “was a big bomb to end the war. And it did end it too!”

Germany and France quit WHO reform talks amid tension with Washington

France and Germany have quit talks on reforming the World Health Organization in frustration at attempts by the United States to lead the negotiations, despite its decision to leave the WHO, three officials told Reuters.